Turbulence at the Rock Hall 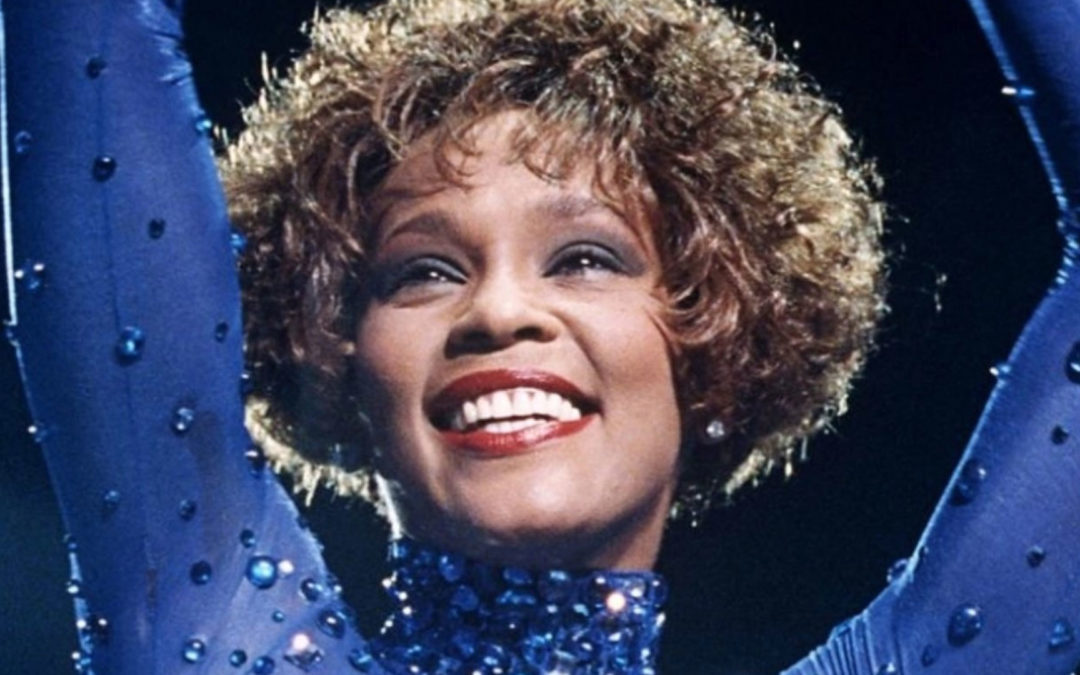 Whitney Houston is the only woman being inducted into the Rock and Roll Hall of fame in 2020.

In her 1998 piece Turbulent, Shirin Neshat juxtaposes two videos. In the first, a man in a white button-down shirt stands in front of an auditorium of other men. He turns to face the camera and sings a work by the Persian poet Rumi, accompanied by string instruments that are not filmed. It’s a powerfully emotive performance – a series of ululated exclamations — rewarded by a round of applause; the man takes his bows.

In the second, a woman in a black hijab stands in front of an empty theater and softly begins moaning. The camera rotates to her face slowly. She sings wordless scales, with the only accompaniment the amplified echo of her own voice, panting and bell-like and screeching – a one-woman emotive cacophony. When she finishes, there is no applause. There is no one there to clap.

Turbulence answers the old riddle: If a tree falls in the forest and there’s no one there to hear it, does it make a sound? The woman, Iranian vocalist and composer Sussan Deyhim, makes a mighty sound – as have the other women, across time and space, who have sung their songs in the privacy of their showers, their bedrooms, their walks, their woods because no one could, or would, hear them. Neshat was directly commenting on the fact that in her birth country of Iran, women were not allowed to sing in public after the Islamic revolution (they now can sing only in limited circumstances). But I see the bold, disturbing binary depicted in Turbulent as relevant across cultures.

How many little girls have been told they should be seen and not heard? How many aspiring musicians have auditioned for A&R men – and they are almost always men – only to be asked to trade their bodies for a contract? How many women have gotten past the casting couch only to be told they’re not skinny/pretty/pale/soft/sexy enough? How many were kept off the airwaves because only one woman was allowed on the playlist – because (as one country radio consultant infamously said) they were the tomatoes in the salad, not the lettuce? How many were allowed to be representatives of feminine beauty, but only for one song, one year, before they were deemed too old? How many were recognized for the innovations – the genius — that made them not necessarily popular, but pioneers? How many are saluted as legends? Are in the Songwriters Hall of Fame? Are in the Rock&Roll Hall of Fame?

The halls’ omissions are striking. I do not think they accurately correlate to the successes of women in music, though that’s a hard thing to quantify. They certainly do not correlate to the efforts and effects of female musicians, to the percentage of women in the world, or to any known genetic link to musical talent. What they do represent are the gendered tastes of the mostly male nominating and voting bodies that make these decisions. They are today’s version of the Shriners or Masons: bro’ societies devoted to self-perpetuation. They are patriarchies.

Which makes it all the more offensive when they insist their decisions have nothing to do with gender or race, but only with quality (as both Rock Hall Foundation CEO Joel Peresman and former Rock Hall Board chair Jann Wenner have recently said). When they say that, they tell us that Chaka Khan, Big Mama Thornton, Cher, Labelle, the Go-Go’s, Bette Midler, Celia Cruz, Selena, Bjork, Dionne Warwick, Pat Benatar, etc., etc., are not actually good, but are just women. They add insult to injury.

The halls didn’t necessarily erect the obstacles that have historically kept sisters from achieving the fame and fortune of their brothers – though many of the industry insiders who created and run the halls certainly did work for companies infamous for sexual discrimination. But by repeatedly inducting only a puny, token number of acceptable ladies, they enshrine those gags – and then say they were earned.

Look outside the industry. In your home, in your schoolyard, in your gym, around your campfire: who makes the music? Who sings the songs?

And who is listening?

Turbulent is included in Shirin Neshat: I Will Greet the Sun Again, an exhibit currently at the Broad museum in Los Angeles, https://www.thebroad.org/shirinneshat.

You can read my previous writing about the Rock Hall here:

Filed under Uncategorized, Women Who Rock

NOTE: THIS POST HAS BEEN CORRECTED TO STATE THAT FOUR PEOPLE OF COLOR ARE IN THIS YEAR’S INDUCTEES.

The Rock and Roll Hall of Fame announced the 2020 inductees this morning. The good news is both Whitney Houston and the Notorious B.I.G. are included. The bad news is Houston is the only woman among the 23 people honored (including the non-performer honorees), and she and Biggie are two of the only four people of color. That means 4.34% of this year’s class is female, and 17.39% is POC. Cumulatively, that means the Rock Hall continues to get less diverse by race and gender: 7.68% of the total number of inductees is female, down from the already depressing 7.77% of 2019. For POC, that’s 32.4%, down from 32.77%.

These results should throw down the gauntlet for new Rock Hall Chair John Sykes, who has said that increasing the hall’s diversity is his top priority. He will have to take strong, decisive actions to reverse this steady decline.

Stylistically, the lineup is slightly more diverse than in some years, including T. Rex, the Doobie Brothers, Depeche Mode, and Nine Inch Nails. Chaka Khan was snubbed once again — a fact I consider an outrage. The only other woman nominated, Pat Benatar, was also passed over.

Thanks to LMU graduate student Marika Price for crunching the numers.

You can read my previous writing about the Rock Hall here: