Studio A, the new music program on KCET, features Best Coast this week, in episodes that air Tuesday and Friday. I penned the words in the story about the band on the website’s Artbound blog. I saw Bethany Cosentino and Bobb Bruno the first year I moved to LA; she has a great voice, a husky country croon. Looking forward to watching the show!

How cool is this: Girl-rock supergroup Upset will play outside the William Hannon Library after my Faculty Pub Night there April 22. The members of Upset are Patty Schemel (Hole), Ali Koehler (Vivian Girls), and Jenn Prince (La Sera). KXLU is cosponsoring the event and will be streaming my reading live out across the Los Angeles airwaves. I’m the girl with the most cake!

You could go as high as 30 feet, I’d guesstimate. From the ground, it didn’t look that far — just to the top of a two-story pole. But when you were dangling in a harness hooked onto a rope, being hauled up and up by a team of fifth graders, even halfway up seemed high enough. The feeling of vertigo was enhanced by the fact that you were on the side of a hill, and when you looked forward, the earth sloped away  — far away, all the way down to the ocean. It was a stunning view, the bay at Fox Landing framed by the steep cliffs of Catalina Island, with Los Angeles and the rest of the California mainland somewhere out there in the distant clouds. You knew, when you pulled the release cord, that you were going to go swinging out into that expanse, up into the air more than 30 feet above the descending terrain at the apex of your flight. The scenery was going to be epic — if you didn’t have your eyes closed tight because, like me, you’re scared of heights.

But I had to do it. The kids were swinging after all, even though some of them were scared too. I’d coached them to push themselves, to try new things: to snorkel for the first time — shoot, to be in the ocean, to swim, for the first time. If the boy who had such a frightening panic attack when he experienced the novel sensation of his head going underwater that I thought he was having a seizure (he neglected to tell anyone he couldn’t swim), could 10 minutes later be happily splashing along in the shallows, then I could climb that ladder, let myself be pulled up up and away, tug that release cord and swing out into oblivion.

END_OF_DOCUMENT_TOKEN_TO_BE_REPLACED

“Here We Are Now”

It’s hard to believe it’s been two decades since we lost Kurt Cobain. I only met Kurt once. I was writing an article about the Melvins, and he was producing their album. He was clearly already into heroin; like Joan Jett producing the Germs, Cobain kept nodding off in the studio. Still, although no one had warned him a reporter would be there, the young man with the piercing blue eyes was gracious enough to sit with me for about half an hour and talk about why he loved the Melvins — and why he chose Steve Albini to produce the next Nirvana album.

I’ve already written in this blog about running into Kim Gordon and Thurston Moore on the day Kurt’s body was found. It was a strange, hard, crucial time for music lovers, an era of breakthroughs and breakdowns — the whole bipolar range captured in Kurt’s too short life.

I reviewed Charles Cross’s Here We Are Now: The Lasting Impact of Kurt Cobain for The Seattle Times. As his biographer, the author of Heavier than Heaven knows the artist’s importance as well as anyone.

There are two new podcasts you can add to your iTunes or streaming pleasure. One is the Bullseye With Jesse Thorn that aired on NPR stations this weekend:

The other is the debut podcast by David Kukoff, author of the new novel Children of the Canyon: 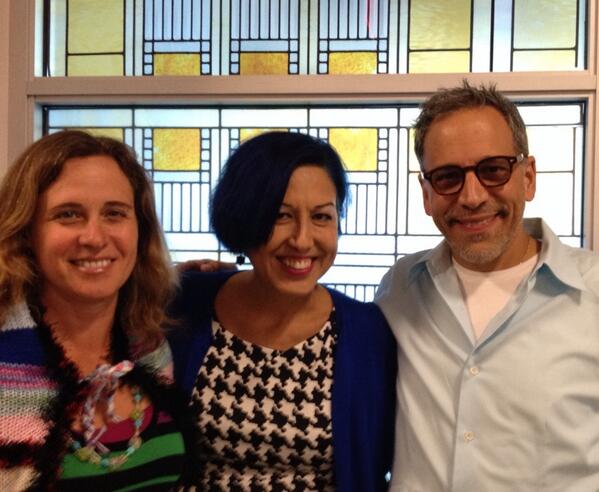 Bullseye’s Next Underrated Album Segment: The Runaways Live in Japan

The public radio program Bullseye with Jesse Thorn does a regular feature where critics talk about their favorite underrated albums. On this week’s broadcast, I advocate for The Runaways Live in Japan. You can hear me on a bunch of stations, including the following:

(If you miss it, I’ll post the link to the online podcast later.)