I first met Carrie Brownstein 20 years ago. Sleater-Kinney were playing their first New York show, and she and Corin Tucker came up to me, asking if I could write about them for Spin. They weren’t happy with the writer who had been assigned to the story, but even though I loved the band, I couldn’t help them out. (I wrote about them plenty over the following years, of course.) I hadn’t seen Carrie for maybe a decade when the Los Angeles Review of Books asked me to interview her in April, while she was in town for the Los Angeles Festival of Books. Here’s what she had to say, about Sleater-Kinney, Portlandia, Transparent, and her book, Hunger Makes Me a Modern Girl.

Caetano Veloso and Gilberto Gil have made history and song together for more than a half century. In the mid-’60s, they fomented the Tropicalia revolution in their native Brazil. They were imprisoned and exiled for their troubles, an experience documented in Tropical Truth: A Story of Music and Revolution in Brazil, Veloso’s memoir, one of the best and most important music autobiographies you’ll ever read.

The two elder statesmen have reunited for a tour, which brought them to the cavernous Microsoft Theater in LA last night. It was just the two of them and their acoustic guitars on the mammoth stage — two graying septuagenarians — with sometimes the audience joining along. Veloso’s voice in particular gets more hauntingly beautiful every time I see him; he may now be my favorite artist of all time (sorry Bruce). Having been a “soft Brazilian singer” (to borrow a phrase from one of his songs) — albeit one fond of static disruptions and eruptions — his whole life, he hasn’t blown out his cords one bit. If anything, they’ve become more supple, precisely tuned instruments. Gil, the former culture minister, sounds a bit raspier, but when he took the high notes and Caetano the low, the paired melodies took my breath away.

It made me think of a comment Carrie Brownstein had made earlier that day, in her on-stage conversation with LA Times critic Lorraine Ali, at the Los Angeles Festival of Books, about how she and Corin Tucker offer two narratives instead of the usual one as the front people of Sleater-Kinney. Veloso’s and Gil’s narratives have long entwined in a dialogue about race, colonialism, pop culture, and politics. Thinking of a way to explain to others the importance of the show, I thought it’s like seeing Dylan and Marley on stage together — if Dylan could carry a tune. These men are giants, who sing mostly in Portuguese, but also in Spanish and English. And then, sure enough, they closed with Marley’s “Three Little Birds.” Maybe I was reading into it, but was the refrain — “Every little thing’s going to be all right” — a message to the many Brazilians in the audience, as their country goes through perhaps the most intense political and economic tumult since the 1960s? The leftist regime that Gil was once a part of is under investigation and attack, in a country whose cultural icons still remember how it felt to be locked up by a military dictatorship.

But that was a subtext in an evening that was all about two of the most beautiful voices you might never hear together again, singing a half-century’s worth of songs of freedom. 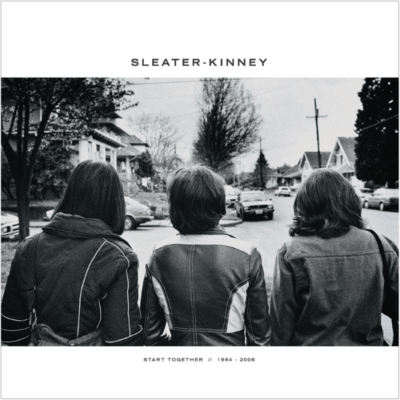 Sleater-Kinney is missed, but Wild Flag steps into the void. I caught their LA debut for the Times, and it was so great to see Carrie Brownstein be the rock star she was born to be.